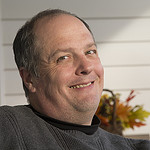 The holiday of Shavuot hearkens back to the most important event in Jewish history.  After the departure from Egypt we traveled to Sinai to receive the Torah.  Shavuot is the holiday that marks this event.  It is the holiday of the covenant that marks our significance in the world.  Without Sinai the idea of God being in a caring relationship with humans is absent.

Today the idea of the Torah being given is somewhat hard for people to grasp.  We have become so good at literary criticism or biblical critique that we have lost appreciation for our scroll.  Even if Torah or Bible was created by human being and only recorded the stories of ancient times, even this is a miracle. What we often fail to appreciate is that when we use the term ‘The Bible’ or for that matter ‘The Torah’ we are referring to a small fraction of the written word that existed in ancient times.  What we refer to with the article ‘The’ is that which survived.

Even Torah makes reference to books that no longer exist. Deuteronomy had to ‘be found’ in excavations on the Temple and declared ‘kosher’ during the reign of King Josiah.  The bottom line is that regardless of the origin of our sacred texts, the texts survived…and this is a miracle too.

So as we again celebrate a holiday by eating, let us remember and feel the history of our holiday.  The book of Ezekiel describes the prophet eating a scroll and the scroll tasting like honey.  Perhaps our Torah scrolls don’t taste that sweet (and we won’t be testing them) yet appreciating the inheritance that is ours might be as honey on our tongues.