On April 2nd, Temple Beth Shalom hosted an area gathering for the temple sisterhoods of the Northeast area of the WRJ Central District. Some of the sisterhoods represented were from congregation Rodef Sholom in Youngstown and Temple Israel in Canton. The theme of the afternoon was using technology to market sisterhood gatherings and help community members to connect.

The afternoon started with a delicious Mexican lunch including margaritas (yes, real margaritas). The two presenters were Hillary Handwerger and Patty Rehfus from the WRJ Central District Speaker’s Bureau. Some of the topics they covered included blogging, online surveys, google forms, newsletters and e-mail marketing. They also covered commonly used social media tools such as Facebook, Twitter, Pinterest, and Instagram. They used examples to show how to use google drive, sign-up genius, and doodle for scheduling meetings, signing up for potlucks and other necessary communication among community members. The afternoon passed quickly. There was so much information and so little time. There was enough time though for laughter, friendship, and fellowship among the various sisterhoods. To close the afternoon, all the participants gathered in a circle and shared the Havdalah blessing. 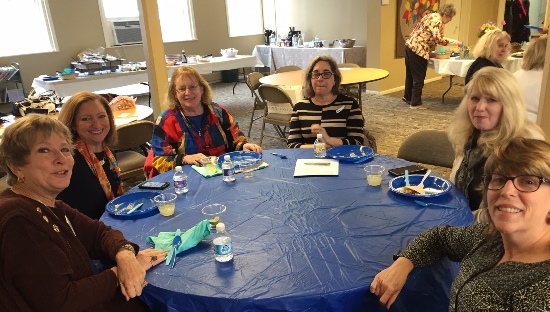 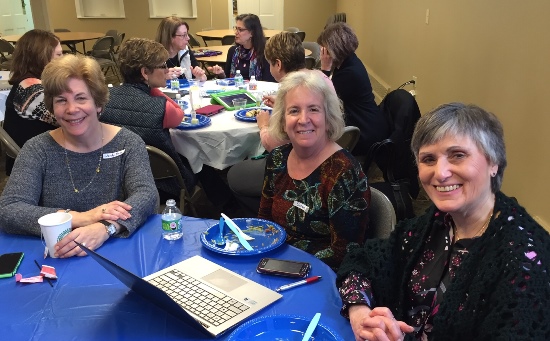