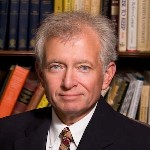 Wow, for a change it is even hard for me to be thankful for the weather that engulfs us as I compose this note. I will be much happier about the climate when you read my composition. By then I will be visiting my brother in the South. Although I have to admit, he complained to me about the fifty-degree weather he woke up to today.

It does not matter. Everyday I get up and thank God for my blessings. I pray to do something to help someone else during the day and to be a better person than I was yesterday. I am blessed with the life I enjoy and I am most grateful for those blessings.

Services: I hope you are attending the services, where the Rabbinic Candidates are participating. Please go this coming weekend to check out the second of the three candidates to succeed me.

The next services I will lead are the second weekend in February. We will start with Tot Shabbat at 7:00PM and continue with Regular Worship at 7:45PM. Of course, there will be Torah Study the following morning.

Torah Time: This week I am once again turning to Torah from Dixie for a summary of the weekly reading.

Parshat Terumah (Exodus 25:1-27:19) begins a series of four out of five portions which discuss in detail the construction of the Mishkan, the traveling Tabernacle which would serve as a “resting place” for Hashem’s presence amongst the Jewish people. This week’s entire portion recounts Hashem’s description to Moses of how to construct the Mishkan, beginning with a listing of the various precious materials to be collected from the Jewish people for this monumental project. Hashem describes the magnificent golden and wooden Ark which would house the tablets of the Ten Commandments, complete with its dazzling cover depicting two Cherubim (angels with the faces of children) facing each other. Next, Hashem provides Moses with the blueprints of the shulchan (holy table) upon which the lechem hapanim (show-bread) would be placed each week. Following the depiction of the pure golden menorah (candelabra) which was to be hammered out of one large piece of gold, Hashem describes the structure of the Mishkan itself, detailing the splendidly woven and embroidered covers, curtains, and partitions, and the sturdy outer walls. The Torah portion concludes with the instructions for the copper altar and the large outer courtyard.

Now I will say that the one important point that the author omits is the command to bring “gifts of the heart”, freewill offerings, to pay for the building of the Tabernacle. Actually, in this case not to pay for the materials, but literally the gifts were to be used in the erection of the mobile Temple. After all, who would the recently freed slaves purchase materials from in the ancient wilderness?

Speaking of the freed slaves, isn’t it amazing that one of the first things they did on gaining freedom was to shackle themselves with a tomb of rules and regulations to guide every aspect of their lives?

Freedom is a foundation issue for Americans and for Liberal Jews.

Oops, you might be questioning this point. Isn’t freedom also important to Orthodox Jews?

Certainly, Orthodox Jews celebrate this nation’s religious freedom. At the same time, personally they limit their freedom living a religious rules guided life that allows for a minimum of choice.

In our book discussion group earlier this week, we reviewed Naomi Ragen’s The Sisters Weiss, which allowed us to delve into this issue in depth. That book focused on an Ultra-Orthodox family. It pointed out the nature of the ‘Haredi’ community, which monitored by caveat and by acceptance, the adherence of the groups’ members to the ever growing constriction of what is called: The Fence Around the Torah. The novel grappled with members of one family who left the fold to enjoy a more complete style of freedom. Those individuals found themselves ostracized for their choices.

Many years ago, I left the practice of traditional Judaism behind me. I found my spirituality in the ‘ethical monotheism’ of Reform Judaism. For me freedom in every sense of the word has been a major focus of life. I like having choices. I find the more rules limit me, the less content I feel.

That said: let’s think again about those newly freed Israelite slaves. For generations, slave masters limited their rights. Hence, being regulated by others felt right, so they entered into a covenant with God without giving it much thought. For them it had to be better than life in servitude.

We can see, studying Scriptures that any lack of certainty made the ex-slaves insecure. Torah is full of the grumblings of Israelites not sure of what the morrow would bring.

Often, we misunderstand our Orthodox brothers and sisters. They find life completed by the religious laws that guide every aspect of their lives. The limitation of choices literally makes it easier to cope with the realities of everyday. By the way I believe that to be true for every fundamentalist practice.

For most of us though, such a life would be intolerable. We want to be able to think and to do and to eat what we want to when we want to do so. That quest for personal freedom carries over for us to our general life. The rules and regulations that limit much of our life makes us wonder if we are really free. For many, the taxes we pay for services exacerbate that sense of government interference.

A dear friend in California and I carry on a correspondence on a regular basis grappling with articles we send each other. He is much more the libertarian than I am. Constantly, he rejects my belief in big government. He sees almost every city, state and federal program as a limitation of his freedom and a cause for concern. I, on the other hand, wanting to be equally free, see the necessity for big government.

Yet, as with so many of the major issues today, government involvement offering opportunity and more freedom for one individual, pushes another to feel the government is interfering too much in our lives. We do have to ask: where should the intrusiveness end?

I know that this note is entering the computers of government agencies as soon as I send it out. (Of course, I am happy to offer them an advance copy of anything I write. LoL!) I do not like the Orwellian reality of today.

I believe in national health care. I do not like the way the present program is being administered in this country. Some see the requirement of a government run health insurance as limiting their freedom. I see it as a benefit for all of us.

Abortion, single-sex marriage, voting laws, driving rules, subsidies etc. etc. are issues that one person sees as providing more liberty and another insists is a restrictor of rights and of what is right.

What we can never forget is that each of us is obligated to choose religiously how we want to live our life and at the same time to choose to do what it takes to keep freedom alive and well in this nation. At times that means telling our leaders we need them to change their perspective.

May freedom be our blessing forever!

Dare to be Happy!