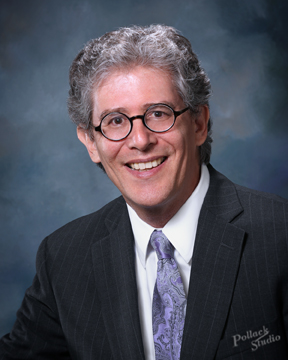 This Saturday in Torah Study we will explore Elijah the Prophet in the book of Kings! Snacks will be served! All are welcome!

Here’s my new column for The Record-Courier:

Purim – Lifting Up the Voices of Women, LGBTQ Folk

Thursday, March 17, was both St. Patrick’s Day and the Jewish holiday of Purim. Purim is best thought of as the Jewish Mardi Gras, where masks, feasts, and music are the order of the day in a celebration of the joy of spring.

During our Purim celebrations at Kent State and in Hudson, we read the Book of Esther, which employs two women’s voices as its protagonists. In the opening chapter, Queen Vashti refuses to appear before the drunken king and his drunken friends for a special appearance. When I study this story with my adolescent students and college students we discuss the role of consent in loving relationships. Vashti is viewed as a hero for her rejection of an inappropriate relationship.

The main character of the story, Esther, becomes the new queen, but assumes the crown while she hides her Jewish identity in the closet. When the evil plot to kill the Jews surfaces, her uncle asks her to step out of the closet to save her family, her people, and herself. My students this year wondered if Esther and Mordecai might be considered prophetic voices who are saving their people.

Esther fasts, and asks her community to join her fast. In ancient Israel fasting was considered the primary spiritual practice alongside sacrifices to connect to their idea of God. Ester’s courage to step out of the closet and risk death to demand an unannounced meeting with the king is profound. Her plea for her life and the life of her family flips the story on its head, like a good carnival story should.

At Kent State’s Hillel last week we celebrated Women’s Week with our Achoti women’s student group. Our female-identified students celebrated the voices of Esther and Vashti as inspirations in their lives today as they seek to have their voices heard about their choices.

This week at Hillel, we then hosted “LGBTQ and Allies Shabbat,” where students from Ruach, the queer Jewish student group, spoke about the challenge, the courage, and the freedom of stepping out of the closet as they affirmed their both queer and Jewish identities.

This Saturday, March 18, also marks the 100th anniversary of the first Bat Mitzvah in Jewish community. For centuries, Jewish boys celebrated their coming of age ceremonies at age 13, by reading Torah and becoming full members of the Jewish community. In 1922, Rabbi Mordecai Kaplan, the founder of Reconstructionist Judaism, was inspired by the women’s movement in America to get the right to vote in 1920. He used the momentum from that transformative experience to challenge American Jewish communities to expand women’s rights in Jewish circles as well. His daughter, Judith Kaplan, read from the Hebrew Bible in the first American Bat Mitzvah.

It took decades for this radical shift to become widespread, and is now common practice among many American Jews. After the doors were opened for Jewish women, the doors were opened for Jewish lesbian and gay teens in recent decades. Now, Jewish communities are continuing this process by opening this ritual to trans and non-binary teens. Temple Beth Shalom, in Hudson, hosted its first Bnai Mitzvah ceremony for a non-binary student last fall.

As we take in the warmer weather and the joy of spring this weekend, let us also lift up the voices of women in our lives, as voices that need to be heard and celebrated. Let us also lift up our LGBTQ friends and family for their courage and bravery as we listen to their voices as well. May their voices be empowered as they lead us to new horizons. May this be a time of hope.

Please find ways to support folks in the Ukraine this week:

Please find ways to research about the Jews in Ukraine as well. The history is fascinating. It’s worth noting how TBS assisted the Jews fleeing the former Soviet Union 30 years ago. Our assistance and support will be needed again. I do believe we will be asked to welcome Ukrainian refugees in the coming weeks and months.